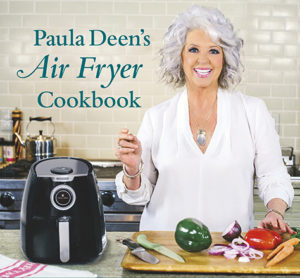 Are Air Fryers That Good Confirmed by Cooking Experts

Have you ever wondered what modern science can do for you? Of course, that curing cancer is a great thing to achieve, but why not include science into your daily routine? The first time I heard about air fryers, it seemed like a typical scam. Before splashing the cash, I wanted to make a bit of research myself. I’m keen on watching great chefs, and there was no other who could be a stronger voice for the pros and cons of this appliance. This is what those famous people had to say.

What is an air fryer? How does an oil less fryer work?

My all-time favorite yelling and cursing chef had used the Airfryer, and according to him, it was a quite pleasing experience. He is known for using the as healthy recipe as possible, and this was my primary concern. He had some negative comments about the fact that nothing can replace the taste of deep fried fast food, but he also stated that to paraphrase, Airfryer uses only a tablespoon of oil, and the taste is surprisingly excellent.

This was the fact which pushed me closer to buying one, but I still needed some persuading. Gordon was very pleased with the looks of the food, and we know how much is that important to him (remember this video?). When he praises the texture and the taste, then that is all that I need to hear. Also, it was noted that Airfryer is fast, and leaves much less mess behind.

Perhaps not famous as the previous chef, Meredith had become known for her laid-back approach to cooking. That is why she got the nickname The Blue Jean Chef. According to her, “Cooking should be fun, relaxing, comfortable – just like your favorite jeans.”. I love this approach to food, because I’m not a professional, and I like to enjoy the process. All that was needed was a list of recipes I could try to prepare. In the meantime, I have bought the air fryer.

As far as I’m concerned, any recipe which includes deep frying is great for beginners. Frozen food is quite tricky to prepare, and to be honest, and this is where air fryer shines. Food such as French Fries and frozen chicken wings is incredibly easy to make. Put the food in the air fryer, spray some oil over it, and cook for about 7-8 minutes at 200 degrees Celsius.

As for the vegetables, I have noticed that cauliflower, for example, is not quite good. It is no wonder because green vegetables are meant to be steamed, rather than fried. Recipes such as Shrimp Egg Rolls and Beer Battered Onion Rings are a bit more complicated, but nothing that cannot be made.

Our next chef comes from the United States and is famous for her “slow cooking” method she often uses. Her advice on preparing chicken in this fryer came from her book on air frying, and it was met with some skepticism. Chicken breasts are known to be somewhat dry especially when fried, but oh my, was I wrong to doubt!

Paula recommended to just putting the chicken meat in the fryer, spraying oil over it, and that is it. I have to agree with her that meat prepared this way is much better, softer and the taste is amazing. Although she admitted thinking that “There ain’t no way that this thing can fry chicken. No way.”, it was very nice in the end. And, as a bit of advice, leave it overnight in a marinade of oil and rosemary. It will provide an excellent taste.

Another United States based chef, Linda already has an excellent writing history with thirty-seven cookbooks, and she plans to keep writing. Therefore, her air fryer recipe cookbook was something that caught my eye.

Her approach was very appealing to me because she tends to make a “whole list” of cookbooks. In other words, she will give you pieces of advice on how to prepare an entire meal from the soup, main course and of course, the desert. It was her recipe for Apple Peach Cranberry Crisp that I made. Needless to say, I was amazed at how everything is comfortable with a different approach!

Among younger chefs, Becky drew my attention with her choice of meals. She is a vegan, and although I’m not, I have a lot of friends who are vegan or vegetarian. This is the reason why I have taken her opinion into consideration, and because she is also a blogger, and I love to hear the opinion from someone who is up for trends.

She admitted that the first motivation to buy a fryer is of curiosity. It was similar to me, and this made me feel that she may give an opinion from the same standpoint as mine. And she did; along with saying that cooking this way is much healthier, easier and faster.

She also praised the easiness of cleaning, something which will take approximately the whole afternoon for a deep fryer. However, she said that it is a bit expensive. I tend to agree, and while I have found GoWISE USA GW22643 she is using, I have opted for Philips’s one, simply because of the name. Nevertheless, she gave me an excellent idea about what to buy for my friend for his next birthday.

Another blogger on my list, Jennifer comes from the Land Down Under and considers herself as a person who is an avid lover of fried food. According to her, all of this would be okay without the possibility of cholesterol or gaining extra weight. Because of her love for this type of food, she was perfect to include on my list.

What intrigued me the most on her list, is the recipe for duck pies. I haven’t prepared those before, but they turned out very well. All you need is to take a roasted duck, chop it, add up green onion, plum and hoisin sauce, wrap it up in gow gee wrappers and air fry it for about ten minutes. The taste was pretty impressive because I’ve never tried plum sauce before.

To be completely honest, Kelly’s review of Philips’s air fryer was one of the reasons why I have opted for this brand. She gives an excellent point by saying that probably the most notable advantage of this appliance is its small size; somewhat smaller than a rice cooker. I don’t have trouble with space in my kitchen, but I’m always looking into improving things where it is possible. Small dimensions are excellent!

Also, her recommended recipe was that for Fried Adobo Chicken Wings which I have considered as the pinnacle of my kitchen skills. Although it seems a bit hard, just follow the instructions as I have, and you will be all good.

Considering how much fuss and noise the air fryer has made on the web, I was stoked to see that it’s not a fluke. I mean, if Gordon Ramsay says something is good and that you should use it, then you really should consider that! On the other hand, all the cooking experts mentioned in today’s list have a list of recipes and tips for using this magnificent device, thus meaning they surely use it for a while now (since they managed to create all those amazing recipes).

The word of praise about air fryers spreads across the internet like a wildfire. And, for many good reasons. You should definitely consider getting one, if not for my recommendation, but for the recommendation of names such as Gordon, Meredith, Paula, Linda, Becky, Jennifer, and Kelly.

7 Substitutes for Balsamic Vinegar That Are Cheap and Easy

The difference between egg roll and spring roll: which is healthier?

Can beef consommé be substituted for beef broth? Know the differences

The difference between egg roll and spring roll: which is healthier?