Food TipsWhat Does Nonpareil Mean? Know It All Here!

What Does Nonpareil Mean? Know It All Here! 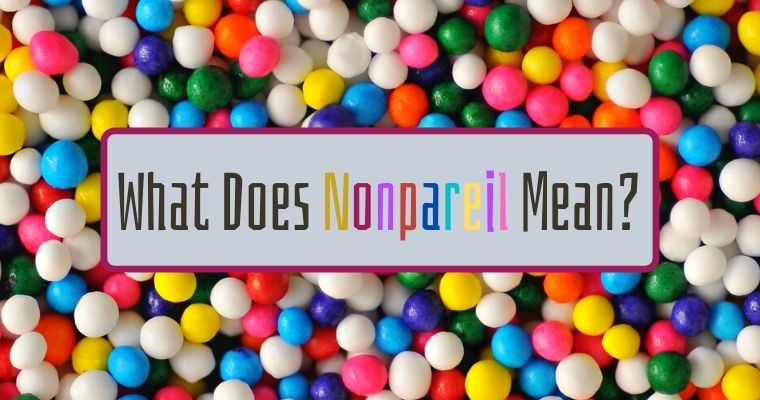 Do you have anything in mind when somebody uttered nonpareil? Check out what does nonpareil mean in this article.

When you look for its meaning in a dictionary, you may find its adjective meaning, which is “not equal.” But in the food industry, it could refer to several things that will bring you into confusion.

Continue reading to learn the fact that this term has various meanings that might surprise you! 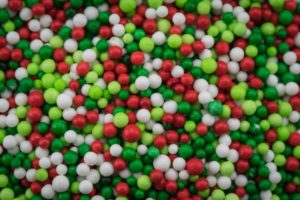 When you trace the origin of the word nonpareil, you’ll learn that it’s from the background of Middle French. On the other hand, the term “pareil” originates from the term “par” (a Vulgar Latin), which would mean “equal.”

As time passed the meaning of this term is continuously altered making it a confusing name for most of you. If you’ve asked “what does nonpareil mean,” it may refer to an adjective or noun.

What Does Nonpareil Mean In The Food Industry?

If your passion is cooking, you’ll surely need to know what other meanings the term nonpareil has.

These include the following:

Nonpareil as a Food 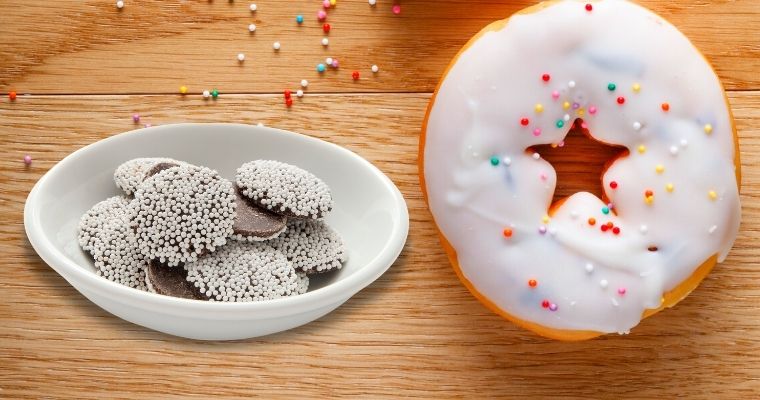 Nonpareil could act as a word that describes a person, a person itself or a type of food. It’s funny, isn’t it? If you’re not a particular expert in food terminologies, you’ll inevitably be lost on knowing what does nonpareil means.

If you’re a food addict most especially if you always crave for sweets, you would know what the term nonpareil may refer to. This adds heavyweight flavor and aromatic attraction to everyone. Children mostly love nonpareil.

Nonpareil as Delightful Decoration for Sweets

Traditionally, it is created using sugar and starch that is widely known as the small balls decorative confection. This is why in French this term would mean “no equal” due to the candy’s incomparable delightfulness. These tiny balls are best for decorating various sweets like cake and yummy desserts.

Believe it or not, nonpareil may also refer to a type of chocolate candy that can be popularly known as chocolate nonpareil. Have you seen a disk (made of chocolate) that is speckled with tiny as well as white sugar beads? It’s precisely what you think!

What are nonpareil almonds? Like any other seeds, Almonds have their varieties. Surprisingly, it includes nonpareil which is one of the popular types of its class. It’s the most extensively created and considered as the premium looking almond. Growers get high returns from it.
Regarding appearance, it has broader nuts yet thinner shells as compared to other almond types. Nonpareil almond naturally has a sweet taste.

What are nonpareil capers?

Refers To a Classification of Food Sizing: The Nonpareil Capers

When you happened to see a caper jar, you may read the nonpareil label on it. Typically, the label refers to the smallest size or forms of capers. The tiniest capers commonly grow at the shrubs’ tip. If the nonpareil is the smallest capers, then the next capes that are larger, which include Grusas, Capucines, Surfines, Fines, and Capotes. 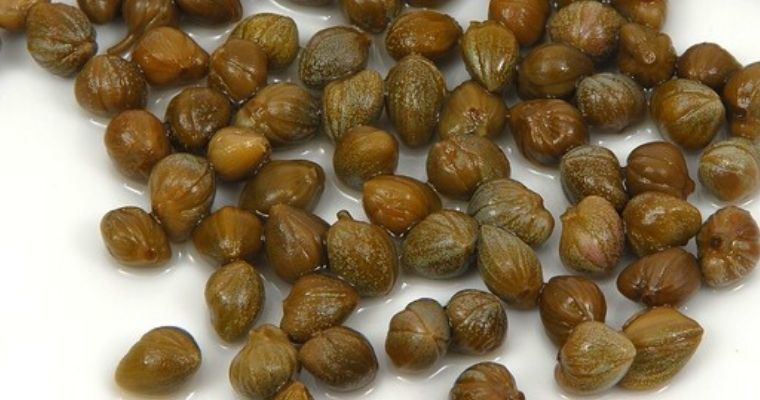 The difference between Capote and nonpareil capers can be seen in their size. Having the smallest buds, which nonpareil capers have, is considered the best. This nonpareil (referring to smallest capers) measures seven millimeters, and they create a very complex and more concentrated taste. It contains less vinegar that’s why this is the best option to include in a recipe.

These capers are being used in Mediterranean and Italian cooking for dishes, salads, and dressings. If you’re fond of Chicken Piccata, you will see the capers are included in it.

Do you love baking? People who like to bake may gain awareness of what does nonpareil mean or what is its role in baking. Nonpareil would refer to the colorful decorative toppings that are commonly sprinkled on baked goods such as cakes and cupcakes.

The small nonpareil sprinkles are the best example of it. Decorating cakes, cookies and others are often made fun and creative through nonpareil.

Give It a Try! Pancake Nonpareil Recipe

If you want to give it a try, here’s an easy to prepare the nonpareil recipe.

Various words in this world may make you wonder due to their variations in meaning. For example, the term nonpareil can be used both as an adjective and a noun. But typically, it’s used to denote food such as chocolate, decorative toppings and a kind of almond. We hope that you learn something from this article, particularly the answer to the question of what does nonpareil mean.

If you have further questions, just leave your comments below. Like and share this article if you found it helpful.

Jennifer Wisehttps://hewise.com
This is Jennifer Wise. I have been working as a professional chef for the last twelve years. Initially, I started my journey as a home cook and started my graduation. I have completed my nutrition degree from a reputed college. Now, I am doing it professionally. Not only this, I joined a restaurant to gain practical knowledge about cooking. While working in restaurants, I experienced and learned many things in those years. Right now, I am running a small business, and we provide homemade food to our clients. Thus, I need to use lots of cookware sets, frying pans, pots, Omlet pans, and lids for my kitchen, and from my experience, I know which frying pan is suitable and which is terrible. Experimenting with fresh foods and creating a new kind of recipe is always fun. I have made lots of new recipes, which I will share here gradually. It is not hard for me to select quality kitchen products for the kitchen that fulfills your kitchen requirements and last longer than others. So, if you need any frying pan, pots, or Cookware-related information, you can ask me questions using the comment option or search the topic via our website search option. If you have any questions or want to know any information, then you can contact me here.
Share
Facebook
Twitter
Pinterest
WhatsApp
Linkedin
ReddIt
Previous articleEat a banana: But when, how or even why?
Next articleHow Many Tablespoons in a Cup

How Many Tablespoons in a Cup

Can You Freeze Fresh Greens Without Blanching Them?