Food TipsIs there any difference between ketchup and catsup?

Is there any difference between ketchup and catsup? 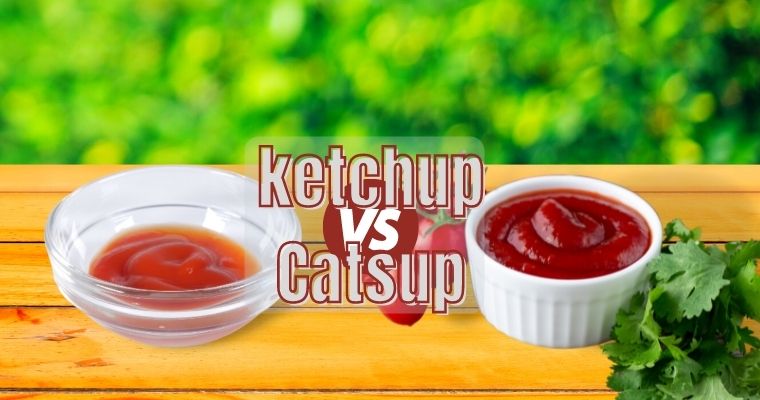 If you try to use one kind of tomato-based flavoring to increase the taste of your burger, hotdog, or other snacks, what do you call it? People call this bright red tomato sauce in different ways. In some places, they call it ketchup, and in others, they call it catsup. Tomato ketchup is a tasty spice found in 97% of American kitchens. It is almost a daily principle to use it with burgers, tamales, hotdogs, sandwiches, fries, and many other foods in our breaks. Ketchup and catsup are the same in pronunciation and use, so we cannot condemn you if you do not find any difference between them.

How do you spell your favorite condiment? Is it `ketchup’ or `catsup’? Some people say that `ketchup’ and `catsup’ are different in taste; some say the two terms differ in ingredients. Moreover, a few people also say that they are the same. The two terminologies `ketchup and `catsup’ are near in meaning. You can call them by either name because there is no significant difference between them. The only two differences between the two words are spelling and pronunciation, but everyone will understand the terms’ similarities.

`Ketchup’ and `catsup’ are the two different spellings of the same pickles made from tomatoes. It is a westernized version of the condiment. European traders introduced it in the late 17th century.

When was ketchup invented?

Ketchup is a red-colored pickle used in varieties of snacks. ‘Ketchup’ is a word that originated in 1711 to introduce the sauce `ketchup’ prepared from fish sauces. The scholars may have different opinions about it. Sometimes it was written `catchup’ and raised among many people. The tomato sauce recipe that we call ketchup was found in various early 1800s recipes. Today you can find different kinds of ketchup, including mushroom ketchup, banana ketchup, etc. In Britain, mushroom ketchup is sold, and in the Philippines, banana ketchup is very popular. The Malay theory says that ketchup comes from ‘Kicap’ or ‘Kecap,’ which means fish sauce. Ketchup contains a spicy flavor and pickled fish sauce made from walnuts, kidney beans, mushrooms, and anchovies. 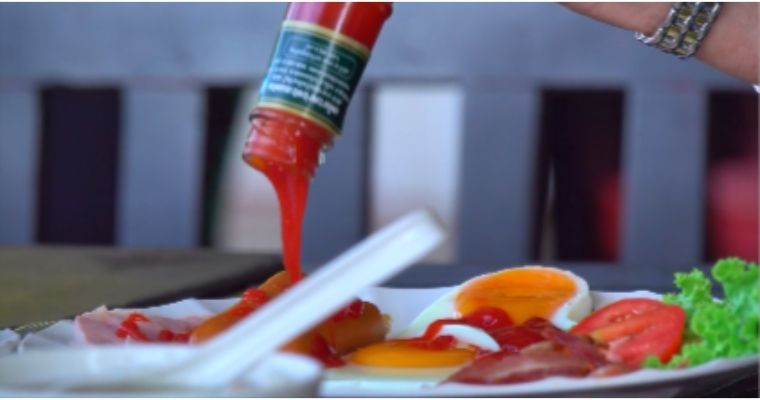 For a long time, the word `ketchup’ has been accepted and highly used. Perhaps, the word `ketchup’ comes from the Chinese word Ke-Chep or sometimes written Ke-Tsiap, which is one kind of pickled fish sauce famous in China. The European traders were fond of the sauce, and they used it a lot in their cuisine. In the 17th century, they brought it to the west and made ketchup famous worldwide.

There is another suspicion about the word `ketchup’ that the word has come from Indonesia. Kicap (or Kecap or Ketjap) is a sauce-made food from brined shellfish, spices, and herbs. As early as 1711, the Europeans started calling their version ketchup.

When did catsup become ketchup?

‘Catsup’ was a vastly used word in America for a while. The first time, a famous poet Jonathan Swift mentioned the word `catsup’ in his `Poems Composed at Market Hill’ in 1730. He wrote, `for our home-bread British cheer, botargo, catsup, and caviar. The large–scale manufacturers Heinz and Hunt called their manufactured product `ketchup.’

Finally, the word `ketchup’ took the place of `catsup.’ Usually, we call `ketchup’ or `catsup,’ but `catsup’ is a less-used word in our surroundings.

In 1876, the Heinz Company took the initiative to sell bottled tomato ketchup for daily use with various items. They got so popular that their ketchup became the most famous ‘tomato ketchup’ sold in the US. Moreover, Heinz’s bottled ‘tomato ketchup’ added a new dimension to the tomato, and the word `ketchup’ became synonymous with thick tomato pickles. It is the same as the case that people say, `give me a Sprite’ instead of telling the salesman, `give me a cold drink.’ 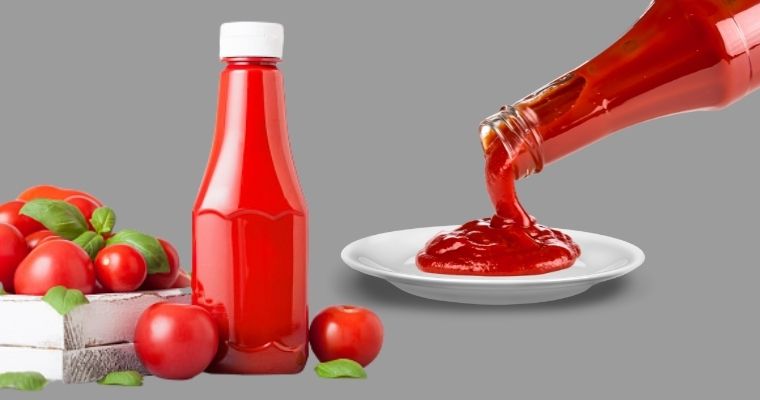 The 18th century was the golden age of ketchup for increasing the utilization of ketchup in a vast amount. To prepare ketchup recipes, they mentioned mussels, mushrooms, walnuts, oysters, and many others recipies in cookbooks that include it for improving their taste. Generally, the ingredients are arranged and boiled down syrup-like in resemblance or fit in a little bit of salt for a massive amount of time. Both processes help get the highly condensed final product, spicy flavor, and harmless and long-lasting.

Ketchup is a low-calorie flavoring full of many food ingredients: tomatoes, peppers, sugar, vinegar with seasonings, and spices. It is a kind of healthier condiment for you if you try to remove the added calories from your body. You will get powerful antioxidant lycopene to protect your cells from damage. Thus, ketchup is healthy food to keep in our daily cuisine.

As ketchup is made of tomatoes, it is extreme with fructose corn syrup that can increase the risk of growing blood sugar in your body. So, if you have high blood sugar, you have to avoid eating ketchup with any food. Otherwise, using ketchup does not bear any different risks.

From French fries to meatloaves and from hamburgers to snacks, ketchup is an essential ingredient in our daily lives. From history, we can undoubtedly realize that choosing ketchup is the best use in this generation. Most people use the word “ketchup” instead of “catsup.” Moreover, “catsup” is not a well-known word now because of the use of “ketchup” in speaking and mentioning the word on the sauce containers.

Jennifer Wisehttps://hewise.com
This is Jennifer Wise. I have been working as a professional chef for the last twelve years. Initially, I started my journey as a home cook and started my graduation. I have completed my nutrition degree from a reputed college. Now, I am doing it professionally. Not only this, I joined a restaurant to gain practical knowledge about cooking. While working in restaurants, I experienced and learned many things in those years. Right now, I am running a small business, and we provide homemade food to our clients. Thus, I need to use lots of cookware sets, frying pans, pots, Omlet pans, and lids for my kitchen, and from my experience, I know which frying pan is suitable and which is terrible. Experimenting with fresh foods and creating a new kind of recipe is always fun. I have made lots of new recipes, which I will share here gradually. It is not hard for me to select quality kitchen products for the kitchen that fulfills your kitchen requirements and last longer than others. So, if you need any frying pan, pots, or Cookware-related information, you can ask me questions using the comment option or search the topic via our website search option. If you have any questions or want to know any information, then you can contact me here.
Share
Facebook
Twitter
Pinterest
WhatsApp
Linkedin
ReddIt
Previous articleComparison Between Nigiri Vs Sashimi: An Invisible Battle of Taste
Next articleAn all-inclusive guide to steaming tamales with or without a steamer

How Many Tablespoons in a Cup

Can You Freeze Fresh Greens Without Blanching Them?